Showing posts from September, 2017
Show all

Getting going with Equatio

Happy Friday! Have you ever had this experience in your classroom? Nothing like a collective "Aw, Man!" as you start erasing the board to make more room.  We now have a subscription for a program called equatio.  This program  is forced installed on the Chromebooks and for students with windows devices they will need to sign into the Chrome browser.  To do this they will open up the chrome browser and click the 3 dots and sign in with their Elbert account. For students at the Elementary and Primary school  without an Elbert Account the teacher can sign in with their account or with the generic that I will soon send out to those teachers. Equatio is a great tool for science and math and STEM related activities.   With this program Students can speak problems and equations into their device,  they can draw, (either with their mouse or using the touchscreen) and this will appear in a Google Doc. Teachers can also insert math equations into google forms.    As of Tuesday,
1 comment
Read more

Happy Friday! I'm very excited to let you all know that we have new software on our devices!  We have two  new products that both students and teachers  will be to access with our new subscription to texthelp.   Read and Write for Google and Equatio . I'm excited about this software because it is going to help remove barriers for our students and help many of them to better  access digital Curriculum. These programs offer our students the ability to hear digital  text read aloud, easily find word meanings and word pictures, word prediction on docs, and easily create vocabulary charts.  With Equatio students can  insert equations, complete math problems on a touch screen (on our touch screen devices) and speak their math into a device.     I think that Michael Scott, a personal hero of mine, summarized what I felt like when I first learned about these programs.    There are 2 ways that both students and teachers can access the software Chromebooks - Sign in with you
Post a Comment
Read more

Happy Friday  This is my last installment in the Google Docs Trilogy. Number 3. Also, the jersey number of my all time favorite Baseball Player. Before I begin the last installment  about Google Docs lets review what we have covered so far in regards to Google Docs. If you would like to review you can read the previous blog posts on Thefridaytechtip.com or check out bit.ly/ecsdit .  So far we've covered Creating Google Documents Sharing Google Documents for collaboration Providing Feedback and comments in Google Doccuments Viewing Revision History Speech to Text The Explore Feature and Citation generator. So the last feature about Google Docs. Google Doc  have "Add Ons"  Think of Add ons as apps on a smart phone.  They are extra things that you and your students can CHOOSE to have or not have. They are just extras. To get to Add ons open or create a Google Doc and click on Add ons These are extra programs that run straight from Google Docs. For in
Post a Comment
Read more 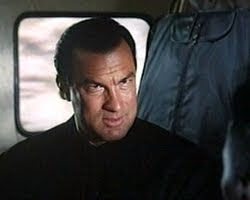 Happy Friday, I''m going out on a limb this week. I'm not going to lie. I am not a big fan of sequels. Don't get me wrong there are some great sequals out there. In my opinion two of the greatest movies ever made are  Godfather II , and   Empire Strikes Back .  Also, one of my personal  favorites,  Under Siege 2 Dark Territory  is possibly the most far fetched movie of all time.   Just FYI, it's about Steven Seagal, he's a cook, on a train, saving the world from a group of thugs who hacks into the CIA database to command a nuclear satellite  (on a train in 1995 with a dial up modem to blow up the East Coast.)  . But for every Empire Strikes Back there is about five  2 fast 2 Furious, or Taken  2. So hopefully this is more of  an Empire Strikes Back post then say Speed 2 Cruise Control .   This week I'm going to be following up with last week's blog post about Google Docs.  One of the benefits of Google Docs is that it is Collaborative. This week I wa
1 comment
Read more 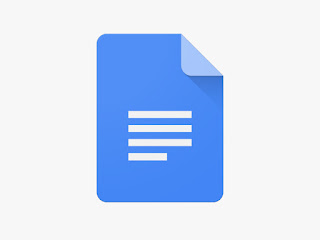 Happy Friday! This blog post is about using Google Docs.  Just a couple of instructions before we get going. There are a couple of Gif images that demonstrate a few things. Click on them and they will become larger. Also, when you see text in blue click on that to take you to an article. One of our Core tools within Google Apps for Education is Google Docs.  In simple terms, Google Docs is the Google tool for a Word Processor. Just like Microsoft Word is the Word Processor for Microsoft.  Google Docs has all of the same basic features as Microsoft Word. For instance, you can Bold and Italicize words. You are still able to change fonts, insert bullets. . . Etc.     To get to Google Docs just go to drive.google.com and choose create and create a new document. One thing that people often forget, myself included, is to name their Document. All documents start off being titled Untitled Document.    One of the big differences is the addition of  Collaboration. You may have heard t
Post a Comment
Read more
More posts